Thinking outside the box is more than just a business cliché. It means approaching problems in novel, innovative ways. It implies an ability to conceptualize problems differently, and demands an understanding of your position in relation to any particular situation in ways you’d never thought of before. Ironically, its a cliché that means to think of clichéd situations in ways that aren’t, well, clichéd.

Here are just a few habits that lessen your ability to think out-of-the-box: 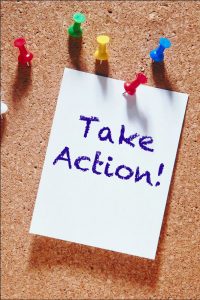 As you can see from our brief list of out-of-the-box thinking busters, our focus is on how you can think outside the proverbial box. What follows are just a few ways you can increase your outside-the-box thinking muscle.

Familiarity and routineness lead many people into frozen evaluations, straight-jacketed concepts, and boxed-in assumptions. Science is discovering that when you are curious about things, you trigger a cascade of reactions that light up the brain, while an incurious brain begins losing its effectiveness (Chopra, D. and R. Tanzi, Super Brain, Random House, NY, 2012).

The neurobiology of creativity has been addressed in the article “Creative Innovation: Possible Brain Mechanisms.” The authors write that “creative innovation might require coactivation and communication between regions of the brain that ordinarily are not strongly connected.” Highly creative people who excel at creative innovation have an idiosyncratic knowing that defines their ‘creative voice.’ They tend to differ from others in three ways:

Incubation may aid creative problem-solving, and notes how some empirical evidence is consistent with the hypothesis that incubation aids creative problem-solving in that it enables “forgetting” of misleading clues. Absence of incubation may lead the problem solver to become fixated on inappropriate strategies of solving the problem (Ward, T.B. (1995). What’s old about new ideas. In S. M. Smith, T. B. Ward and R. A. and Finke (Eds.) The creative cognition approach, 157–178, London: MIT Press).

According to Kenneth Heilman, a neurologist at the University of Florida and the author of Creativity and the Brain (2005), creativity not only involves coming up with something new, but also with shutting down the brain’s habitual response, or letting go of conventional solutions. There may be, for example, a dampening of norepinephrine, the neurotransmitter that sets off the fight-or-flight alarm. That’s why creative connections often occur when people are peaceful and relaxed (Heilman, K., Matter of Mind: A Neurologist’s View of Brain-behavior Relationships, 2007).

In fact, it’s not so much the deadline that’s the problem; it’s the distractions that rob people of the time to make that creative breakthrough. People can certainly be creative when they’re under the gun, but only when they’re able to focus on the work. They must be protected from distractions, and they must know that the work is important and that everyone is committed to it (Amabile, Teresa, HBS’s Teresa Amabile ‘tracks creativity in the wild’, article by Beth Potier, Harvard Gazette, February 10, 2005).

Learning to solve problems that do not have well defined answers is another way to foster your creativity. This is accomplished by exploring problems, examining assumptions, and redefining options, possibly drawing on knowledge that at first may seem unrelated to the problem in order to solve it (Paris, C., Edwards, N., Sheffield, E., Mutinsky, M., Olexa, T., Reilly, S., and Baer, J. (2006). How early school experiences impact creativity. In J. C. Kaufman and J. Baer (Eds.), Creativity and Reason in Cognitive Development (pp. 333-350). New York, NY: Cambridge University Press).

These are just twelve of the thousands of ways you can court the Muse. The creative channels are only limited by your desire and ingenuity. We assure you that once you openly embrace your out-of-the-box thinking nature you will be surprised at how prodigious you are at finding creative solutions to any and all situations and circumstances that toss curve balls at you.

Creativity isn’t just about being an architect or an artist; it’s about how you use your mind. From the Stone Age innovator who took two flints and sparked fire to the inventors who studied sand and conceived the silicon chip, out-of-the-box thinking has transformed the world we live in. And it’s likely to be even more important in the coming decades, as we try to solve a host of complex problems: how to develop novel energy sources; bring peace to unstable regions; and find better and more affordable ways to treat diseases (Pfaff, L., Thrive in 2025: Inspire Creativity, Parents Magazine online post/March 2, 2013).