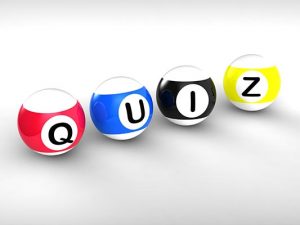 We have compiled a list of fourteen true or false statements! Read each one and determine if it’s true or false by placing a T for true or F for false after it.

Here are the correct answers — some of which may surprise you!

There was no ‘First Couple.’

Adam (Iysh- man, male, husband) symbolizes the archetypical movement in mind that epitomizes the reasoning, reductionist, objective, logical, deductive, methodical and judgmental nature of our make-up. Adamic left hemispheric energies (manifesting as the pingala life force channel or nadi) underwrite our left brain-ness and are very much tied to our thoughts.

The serpent’s lie is a misnomer fabricated to support an original sin theology. The serpentine energy (our Quantum Self) is our Inner Wisdom telling us that the Real Us (our Divine Nature) does not die. And that’s not a lie! However, the serpent does ‘lie’ – it lies curled at the base of our Root Chakra, waiting for us to awaken our kundalini energies for their trip up our spinal column to the Crown Chakra which precipitates our full enlightenment.

The Tree of the Knowledge of Good and Evil is our physical body and ego-centric consciousness. The Tree of Life is our nervous system.

Judeo-Christianity teaches that God is an eternal absolute being who is neither matter nor spirit. God is the creator of both, but is Himself neither, and is beyond all constructs of space and time. Interestingly, the Jewish god is not monotheistic at all, but ‘monolatrous.’ The first commandment says: “Thou shalt have no other gods before me.” In other words, during Abraham’s time and for many centuries afterward, the ancient Hebrews worshipped not a singular God whom they held to be the sole deity in existence, but simply one god among many, a god whom they conceived of as being more powerful than the jostling plethora of lesser gods worshipped by other peoples.

The Forbidden Fruit is our fleshy physical incarnation which leads to the sense-addictions associated with our skin school experiences. It can also refer to our ethereal bodies which serve as our outer vehicles in other dimensions of being based on our accumulated karma and mental capacities.

According to the literal interpretation, the Second Coming is when Jesus will come again (John 14:1-3). However, here’s my MetaSpiritual understanding: The 1st Coming is a Nativity story! It’s your nativity story. It’s the story of the Word of God, the Cosmic Logos incarnating as you – as each of us – at our birth in skin school.

The Second Coming is symbolized by the entire Lenten season from Ash Wednesday to Palm Sunday to the week leading up to Easter Sunday. It represents our lifelong struggle to align our human nature with our Divine Nature. Jesus’ struggle in the Garden of Gethsemane, Palm Sunday and the Prodigal Son stories in the New Testament – The Creation story, Jacob’s Ladder, the Israelite’s Egyptian bondage and exodus, and Jonah in the belly of a great fish stories in the Hebrew Testament – the search for the Holy Grail, the Philosopher’s Stone, Taoists Golden Flower, Buddhism’s Eightfold Path, and the Sumerian Epic of Gilgamesh are just a few examples of our 2nd Coming struggle. They tell the archetypical story of our growth in consciousness during the 2nd Coming phase.

The Third Coming occurs when we realize that we are the One Reality, the Pure Universal Mindlike Consciousness, in human form. It represents our having achieved the full and complete alignment of our human nature with our Divine Nature!

The Only Begotten Son is a mean manipulative meme. The ‘son’ was added to place maleness above femaleness; inequality over equality. The Only Begotten is the Cosmic Logos (the Primordial Vibration, the Original Pulse, the Catalytic Sound) of the Eternal Mindlike Presence morphing Itself into physicality. There’s only one ‘begotten emanation’ from the Eternal Mindlike Consciousness– the Cosmic Logos! (The phrase ‘only begotten’ comes from the Greek monogenes which means ‘the only one of its kind within a specific relationship’ or ‘the only unique one.’ ‘Son’ was inserted to sell Jesus as the only offspring of an anthropomorphic god in the sky. The ‘Word made flesh’ is Spanda! Spanda is a Sanskrit term derived from the root spadi ‘to move a little.’ holds that the entire universe is nothing but Conscious Energy, and that everything in the universe is that Ultimate Consciousness expressed in different forms. Spanda (the Cosmic Logos) is often translated as ‘throb or pulse, vibration or movement, or motion. This implies continuous waves of activity issuing forth from an unseen Source of spontaneous expression, emanating not only from the center outward, but from everywhere at once, which suggests nonlocal connectedness. It’s an infinite ‘spectrum of Absolute frequencies’ or holomovements that underwrite all forms of consciousness. In a very real sense, our individual consciousnesses are the mental actualizations of this primordial Subtle Pulsation.

The cross he bore is the same cross we bear. It’s our physical body. The cross bar (our cruciform nature) represents human egocentric consciousness, what we call coma consciousness. The vertical bar represents Spirit’s (the Cosmic Logos’) descent (morphing Itself) into matter as highly-charged spiritual Substance.

It wasn’t the departure of the Christ as Jesus from Earth into the presence of God as mainstream Christianity suggests. The ‘ascension’ is the rise of the kundalini energies from our Base Chakra to our Crown Chakra. It occurs when we become fully enlightened. Our body becomes the etherealized New Jerusalem embodiment the Book of Revelation describes so we can travel in any dimension of being. The ascension is the Holy Grail, the Philosopher’s Stone humankind has been searching for thousands of years. From a MetaSpiritual perspective, the ascension is a fully-charged Crown Chakra moment.

When you become more spiritual than religious, the anthropomorphic god meme of traditional religious communities becomes unemployed. This manufactured deity is no longer seen as a necessary coping mechanism.

Religious systems that are based on anthropomorphic god memes have never been interested in discovering the true nature of things. They have been organized first and foremost as emotional paths for security and safety in a whirled world. Humankind’s collective anxiety has created, and continues to perpetuate, god(s) in our image who possess human qualities. For example, Judeo-Christianity has always coupled the Yeshua (Jesus) story with a theistic god meme coming to our rescue with his ‘only begotten son.’

MetaSpiritually, the ‘Christ Child’ is born whenever anyone comes to the virginal conscious realization that he or she is the Cosmic Christ expressing in human form as h/her. It’s a pristine moment of enlightenment. It’s an immaculate conception (the rare, but highly receptive, intuitive readiness for the Truth). It’s an unblemished, pure, and stainless mystical insight and/or revelation into our True Spiritual Nature.

It’s the blossoming (birth) of our awareness of that great Truth! In a much more expanded sense, every newly-formed Christed thought and idea, pioneering Christ-centric choice, and authentic Christed action is a ‘Christ Child.’