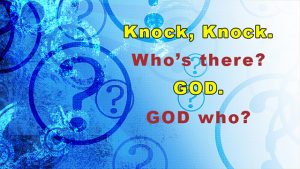 How do you answer that question? What is your definition of God, and what meaning does your God have in your life? Not a simple question … nor is it a simple answer!

According to the World Christian Encyclopedia: A comparative survey of churches and religions – AD 30 to 2200, there are 19 major world religions which are subdivided into a total of 270 large faith groups.

A Little History: Where Did “GOD” Come From?

Early humans observed the world around them and made models of that world, just as we do today. One of the powerful forces they observed was what we today call geological forces (earthquakes, volcanoes, floods, forest fires, tsunamis, droughts, etc.).

Neanderthal burial sites have provided intriguing evidence that these ancient hominids believed in an afterlife and were capable of complex symbolic thought, all possibly before early Homo sapiens demonstrated these abilities. 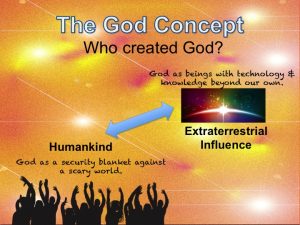 In the beginning of the God-idea, humankind worshipped many gods – gods of trees, streams, lightning, storm, winds, the sun, and all other natural phenomena. To understand these gods, human attributes were given to the gods: love, hate, anger, jealousy, fear, pride, envy, etc. Thus the anthropomorphization of our world and the universe began.

Early on in human history humankind believed that God(s) are the force(s) behind nature and cause everything that happens to us. The possibility that natural processes can occur without the influence of an external, controlling deity/deities didn’t occur to us at the dawn of time. However, early humankind may have experienced external interventions by godlike characters that influenced their concept of god and/or gods.

Many theologians and anthropologists feel that our first fully human ancestors (Homo Sapiens) initially developed primitive concepts of God in order to lessen their anxiety, fear and uncertainty about death, nonbeing and the future. In a sense we may have invented God as a security blanket against a scary world. Once we started to anticipate our personal death, humanity was never the same.

Evidence shows that superstition was a part of very early human behavior, from rites of burial to the existence of charms or talismans. The practice of sacrificing something or someone of value to appease the gods arose. As tribes developed to serve as mutual protection and grew stronger, competition among tribes increased. Archeological evidence indicates that many tribal gods arose to protect each tribe or civilization and insure them victory in battle.

In many cases, conquered tribes abandoned their god and worshipped the god of their conquerors. The Hebrew Testament god has all the attributes of a tribal god. Humankind’s affinity for transcendence and the occurrence of other worldly or ‘anomalous spiritual experiences’ has also had a profound effect on the evolution of an anthropomorphic god meme.

Humankind didn’t evolve into this world with a set of encyclopedias or a Google search engine. The gods started out as local or clan deities with specific attributes that dealt with specific problems of hunting and gathering to wars with other clans to the admiration of other animals and their unusual strengths.

By the way, long before Christianity took hold, pagan worshippers began to perceive the old gods not as full-blown individuals, but rather as different manifestations of a single godhead, a phenomenon that’s been called ‘inclusive monotheism.’

A mysterious hunk of metal was found in Romania in1970 and tests revealed it was 90% aluminum and over 250,000 years old. 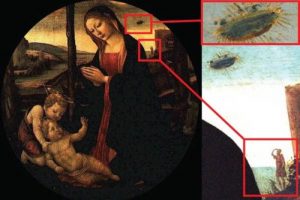 The 15th century painting ‘The Madonna with Saint Giovannino,’ otherwise known as the UFO painting, depicts the Virgin Mary and in the backdrop of the painting, a man and his dog staring up at a hovering disk-like object that looks suspiciously like a flying saucer.

The list of those who have made claims of sightings includes Edgar Mitchell, Cady Coleman and Dr. Brian O’Leary, many also referencing government knowledge of alien existence and cover-ups. Buzz Aldrin has also spoken of his own experience on board the Apollo 11 when they saw something flying alongside them. At first they thought it was the final stage of the detached rocket, until mission control confirmed it was 6000 miles away from them.

Elongated skulls found in Paracas, Peru in 1928 have been carbon-dated as 3,000 year old skulls. It has been determined that these skulls were not the result of cranial deformation, head flattening, or head binding that was a common practice for the Peruvian elite.

Technologically sophisticated sites across the world that seem to defy the ability of humans to build them without help: Easter Island’s 900 Moai monolithic statues; the ancient fortress of Sacsayhuamán in the Peruvian Andes; the spider geoglyph in the Peruvian desert; the Egyptian pyramids in Giza; Stonehenge; Teotihuacán’s Pyramid of the Sun (City of the Gods) in Mexico City; a 1976 NASA Viking1orbiter photo of a Sphinx-like face on the Mars surface.

NASA’s Kepler space telescope has detected a strange anomaly orbiting a sun designated KIC 8462852. Astronomers are not quite sure, but something is causing the starlight from KIC 8462852 to dip and then burst. Researchers have ruled out a variety of possible natural phenomena, leading some scientists to speculate that the most plausible explanation is an alien megastructure (supersized artificial constructions), possibly designed to harness solar power, orbiting the star. 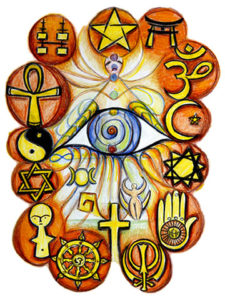 Anthroposophy teaches there is no One and Only God, per se, but that there is the Godhead which is the transcendent union of Father, Son, and Holy Ghost, or Brahma, Shiva, Vishnu. It holds that the Christ which is the Sun God, one of the vast panoply of gods inhabiting our polytheistic universe.

Bahá’í faith teaches that God is All-Powerful, All-Loving, imperishable, and the creator of all things.

Christianity teaches that God is the eternal being who created and preserves all things and who is transcendent and immanent. They see him as Father and Jesus as the ‘only begotten son. They also see God as a trinity: Father, Son and Holy Spirit.

Deism posits that there is a god, but that this god doesn’t intervene or interfere directly with the world.

Islam teaches that there is only one God who is beyond all comprehension or equal and does not resemble any of his creations in any way.

Judaism teaches that God is an eternal absolute being who is neither matter nor spirit. God is the creator of both, but is Himself neither, and is beyond all constructs of space and time. Interestingly, the Jewish god monotheistic at all, but ‘monolatrous.’ In other words, during Abraham’s time and for many centuries afterward, the ancient Hebrews worshipped not a singular God whom they held to be the sole deity in existence, but simply one god among many, a god whom they conceived of as being more powerful than the jostling plethora of lesser gods worshipped by other peoples.

Native American’s believe in an anthropomorphic god (Wakan Tanka) who personally rules the world he created and intervenes regularly in human affairs.

Polydeism holds that there are a multiplicity of gods, but that these gods don’t intervene or interfere directly with the world after creating it.

Rosicrucian teachings hold that there is a Supreme Being, the One, that is the ‘Architect of the Universe’ who creates a solar system for the evolution of Self-consciousness.

Sikhism advocates the belief in one god who is omnipresent, infinite and without gender, formless, immutable, ineffable, self-sufficient, and omnipotent.

Transcendentalism posits that God (Oversoul) is a spirit, an ideal, a breath of life everywhere and always filling the world with the inexhaustible power of the divine presence of the Oversoul. The movement stresses self-reliance, individualism, optimism, and freedom without the confines of dogma and religious authority.

Animism holds that there exists no hard and fast distinction between the spiritual and physical (or material) world, and that soul or spirit exists not only in humans, but also in other animals, insects, birds, plants, rocks, rivers, mountains, etc. Animism is believed to be the oldest belief system about God and our relationship with the world.

Buddhism doesn’t teach about a supreme personal creator or prime mover God. The sole aim of Buddhist beliefs is to eliminate suffering. However, they do believe in powerful supernatural beings called devas who have godlike characteristics.

Hinduism teaches that there are many gods of extraordinary power, but Brahman is not a Being or a Person, but an impersonal Supreme Principle, Life itself, Existence itself, the Eternal Energy pervading and underpinning this entire universe. Brahman is the highermost part of every being.

Jainism does not teach about a creator God. There is a Godhead that is a nebulous force that activates good gods and good humans.

MetaSpirituality rejects the ‘anthropomorphic God’ idea and doesn’t believe there are a pantheon of gods either. However, it has a distinction that all other concepts of ‘the God idea’ do not have. (See the God Idea Outlier Concept listed below).

Thalesism (originated by Thales of Miletus) was the first to introduce a unitary God that wasn’t really found in Jewish scripture. He referred to it as a unitary Principle that pervades everything. Thales and his successors recognized that there’s a physical world out there, that it’s governed by orderly operations of its own, and that we don’t need gods or spirits in order to explain how those operations work. 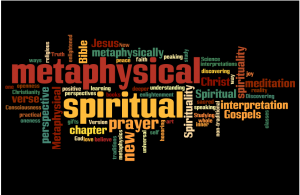 All ideas, self-knowledge, higher understanding, and our own eternal beingness are equivalent and indivisible manifestations of that Pure Universal Mindlike Consciousness which is the Unmanifest Ground of All Being and Non-Being. 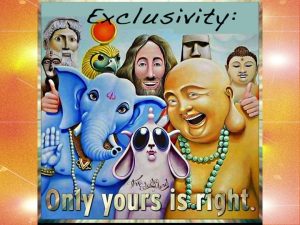 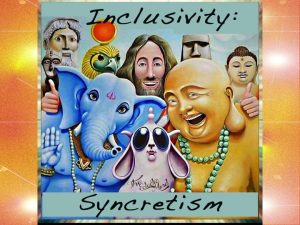 (We) are the activity of God expressing or pressing out into visibility as (us). (Eric Butterworth, Unity minister)

My ‘me’ is God, nor do I recognize any other ‘me’ except my God (essence). (Catherine of Genoa, Catholic mystic)

God and I, we are one. By the living God, it is true that there in no distinction. (Meister Eckhart, mystic)

(Humankind) must know the reality of the divine Existence, and then know — that its own innermost Self is God expressing and that the aim of life is to realize that Unity. (Annie Bessant, Theosophist)

When the mystery of the oneness of the soul and the Divine is revealed to you, you will understand that you are not other than God … For when you know yourself, your sense of a limited identity vanishes, and you know that you and God are one and the same. (Ibn Arabi, Sufi mystic)

When the veil of the ego’s ignorance was lifted, I understood that my true, under-lying identity is, and had always been, the One All-Pervading Consciousness that is the Source and substratum of all that exists. (Swami Marie Abhayananda)

Outliers Throughout History Who – Like Us – Reject the God Meme Concept

Another Perspective: Rejection of the God Idea Outright

Agnosticism claims that the existence of any deity is unknown or unknowable and can’t be known.

Atheism is not a disbelief in gods, per se, or even a denial of gods, but a conscious commitment not to believe in a gods at all. American Atheists (www.atheists.org/activism/resources/about-atheism/) 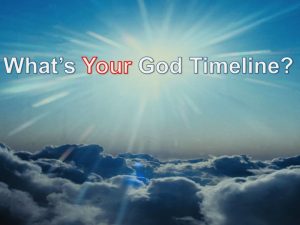