So what does all that have to do with our spiritual Truth walk? They are three elements that come together to light the fire of our spirituality! So, as we celebrate Independence Day with amazing fireworks, here are three ways to light that fire within the depths of your being, and experience your own spiritual fire works ~ because your fire works! 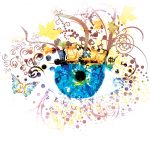 SIGHT: How many times have you said, “I’ll believe it when I see it!” That’s the traditional approach, based on the ability to tangibly see things to know they exist. But from a spiritual level, we want to switch that around. The Truth principle is this: I’ll see it when I believe it! This means we see it with our spiritual eyes, before it actually manifests in the real world.

How do you use your sight to light your spiritual fire?
Become aware of what  you are focusing on. Are you being fooled by outer appearance, or are you seeing Divine Order and Truth in everything you experience? This is tougher than it sounds! It’s so easy to get sucked in.

Here’s a tool for your spiritual toolbox:
This is called the I See Truth technique. When you find yourself in a situation that appears to be frustrating or irritating, and you find yourself giving in to the appearances (like a traffic jam, or an irate customer, or an unrealistic deadline), just stop and say, “I see Truth!” This causes your awareness to shift, and brings you to a place where you remember to focus on Divine Order and claim that this world of appearance has NO POWER over you! Sometimes it helps to close your eyes (a long as you aren’t driving!) because we can often more easily see Truth through our spiritual eyes, and not be confused by appearance. 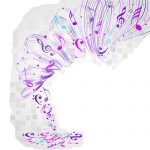 SOUND: Fireworks have what is called the Crackle Effect. When we saw that term, we took a real liking to it! It is the term for the effect that sounds like hundreds of snaps and crackles, and is usually accompanied by an aerial gold lace visual effect. (Sight and Sound!).

In order to light our spiritual fire, we need to get that Crackle Effect going in our lives. We need to hear ourselves claiming our Truth. That’s why saying denials and affirmations out loud are so important.

To really make it powerful, transform your words into music. We’re serious.  Muisc has been proven to:

When healing music is played before, during and after a surgical procedure, people undergoing surgery:

Patients recovering from heart attacks and strokes respond much more quickly to treatment when soothing music is played in their rooms.

Here’s a fun technique to try: Making Truth Music! Take a tune you know real well, like Row, Row, Row Your Boat. Make up a song about your situation, then make up a second verse that expresses the Truth about it. For example:

I feel so mad inside, I really want to scream!
There’s no money and I have no skill ? This goal is just a dream!

I know the Truth of me and this is mine to do.
Divine Ideas & all I need now make this dream come true.

As you hear yourself proclaim the Truth, you create that Crackle Effect that brings results! 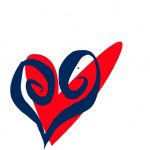 FEELING: This is the third and final element in the triangle. With fireworks, you get at feeling in two ways. You can actually physically feel the earth rumble with the effects of the fireworks (that’s the external feeling); but even more, you get a feeling from deep within that resonates with the fireworks you are watching.

In Acts, we read about the Pentecost, where tongues of fire appeared on everyone present. According to Unity co-founder Charles Fillmore, tongues of fire represent the illumination of thought, in demonstration of Spirit’s presence and power. It means we aren’t just saying this stuff, and hearing this stuff. We are BELIEVING  it! We feel it, from deep within! We know that we know that we know, so we can boldly go forth and live it!

When we FEEL it, we are able to take action, even when we aren’t sure what we are doing. We are simply guided. There’s a great story told about a volunteer fire department, who was called to to assist other firefighters with a raging fire on some farmland, that had gotten out of control. The volunteers arrived in a dilapidated old fire truck, and to the amazement of everyone gathered there, they drove straight into the middle of the flames! They jumped out of the truck and began spraying water in all directions, and soon they had snuffed out the center of the fire, breaking it into two easily controllable parts.

The farmer was so impressed with the volunteer bunch and so grateful they had saved his farm, that he gave the fire chief a check for $1000 on the spot. When a local reporter asked the fire chief what he was going to do with the donation, he said, “Isn’t it obvious? We’re going to get the brakes fixed on that fire truck!”

When we are on fire through our connection to Spirit, we find ourselves moving ahead with a momentum that nearly feels like we are just along for the ride! And we don’t need the brakes because we are being Divinely Guided!

As you celebrate Independence Day for our country this week, we encourage you to take a moment to celebrate your Independence from the world of appearance, from negativity, from disease, from lack. You are free … to the extent you make that Divine Connection with Spirit through Sight, Sound, and Feeling. When you put those three together, your FIRE WORKS … and your light will sparkle — as you walk the spiritual path on practical feet!