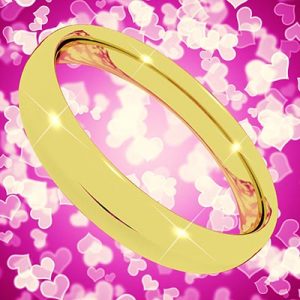 The following story seems to have originated in the works of Persian Sufi poets, such as Sanai and Attar of Nishapur. It is a well-known Eastern wisdom story and is one all Truth seekers will, no doubt, appreciate:

One day King Solomon decided to enrich his most trusted minister, Benaiah ben Yehoyada’s understanding of Truth principles. He said to him, “Benaiah, there is a certain ring that I want you to bring to me. I wish to wear it for the Sukkot festival.* So, that gives you six months to find it.”

“If it exists anywhere on earth, your majesty,” replies Benaiah, “I will find it and bring it to you. But, if I may ask, what makes the ring so special?”

Spring passes and then summer, and still Benaiah has no idea where he can find the ring. On the day before Sukkot, he decides to take a stroll through one of the poorest quarters of Jerusalem. He passes by a merchant who has begun to set out the day’s wares on a shabby carpet. “Have you by any chance heard of a special ring that makes the happy wearer forget his joy and the broken-hearted wearer forget his sorrows?” asked Benaiah.

He watches as the elderly man pulls a plain gold ring out of one of his pouches and  engraves something on it. When Benaiah reads the words on the ring, he shakes his head and grins.

That night the entire city welcomes the holiday of Sukkot with great festivity. “Well, my friend,” says King Solomon, “have you found the ring?” All the ministers, who were standing nearby, laugh and Solomon himself smiles.

To everyone’s surprise, Benaiah holds up a small gold ring and declares, “Here it is, your majesty! I have accomplished what you wished.”

As soon as Solomon reads the inscription, the smile vanishes from his face. The jeweler had written the words ‘Gam zeh ya’avor’ (This too shall pass) on the gold band.

At that moment Solomon realizes that all his possessions, fabulous wealth and tremendous power are but fleeting things. All of the material things he has are temporal.

You will find that our teachings invite you to keep material things and physical possessions in their proper place. Because you are a spiritual being having a human experience you are subject to many of the limitations of your skin school experience. However, always remember, because you are a spiritual being, you have the wherewithal to master each and every one of your human experiences – no matter how trying or challenging they may be.

*The Sukkot festival is the Jewish harvest celebration. Sukkot are hut-like structures that the Israelites lived in during their 40 years of travel through the wilderness after their exodus from Egypt. As temporary dwellings, the sukkot also represent the belief that even though all existence is fragile, we should persevere and turn trials into triumphs.